Looking for Passion?, Part I

Looking for Passion?, Part I

To say that the collection of Passion Flower species is large and widespread is an understatement. Comprising some 500 species, the genus Passiflora is found growing natively in Old and New World Tropics, excepting Africa, and in temperate locales as well. In the United States, there are species as far west as California and as far north as Ohio.

Most of the Passiflora species grow as vines, and many are celebrated for the beauty of their flowers. A few even produce fruit of commercial quality. In influencing the behavior of vining species, you should use flexible, soft ties that can be adjusted easily. Richard Lyons’ Nursery recommends the following selection of Passion Flower species that are amenable to the soils and climate of Southern Florida:

Passiflora alata (Winged-stem Passion Vine) is native to the Amazon Basin from Peru to eastern Brazil. Its fragrant flowers combine curved red sepals with a corona featuring alternating bands of white and purple. The vine can reach 20 ft. or so in length. It should be grown in full sun to light shade, preferably in a spot where northerly winds are blocked. It is not particular about soil type, so long as there is good drainage. Prune dead material annually just before active growth resumes.

Passiflora amethystina X caerulea (Lavender Lady Passion Vine), introduced in 1982, is a popular hybrid, desired for its very vibrant violet-purple 4-in. blossoms. It is mildly fragrant, attracting butterflies, and also serves as a larval host. Lavender Lady is quite cold-tolerant, capable of surviving dips down to about 20°. In southern Florida’s climate, it is capable of flowering nearly year-round. Grow this beautiful vine in full sun and provide moderate irrigation.

Passiflora citrina (Yellow Passion Vine), native to Central America, yields multitudes of l½-in. yellow flowers pretty much continuously. The blossoms are more tubular and flared than those of most other Passifloras and seem to last a bit longer. Reaching to about 15 ft., this vine is amenable to both container and inground culture. While probably preferring acidic soils, the Yellow Passion Vine adapts well to alkaline soils. It attracts hummingbirds and bees. As with most Passion Vines, P. citrina should be grown in well-drained soils.

Passiflora coccinea (Red Passion Vine) is native to the northern tier of South American countries. Yet another species that attracts hummingbirds and butterflies, the Red Passion Vine reaches about 12 ft. in length. While it blooms best in full sun, it does tolerate light shade. Its 3-4 in. wide flowers range from scarlet to deep red, and its narrow petioles possess a hue in the red-purplish range. Although P. coccinea produces an orange to yellow-colored edible fruit in native habitats, it does not fruit in southern Florida.

Passiflora coriacea (Bat-leaf Passion Vine) earned its common name from the distinctive shape of its leaves. The flowers of this species are fairly small, about an inch across, and feature light lime-green petals, light yellow filaments, and a nearly black center. It is native from southern Mexico into northern South America, where it flowers most heavily during the dry season. It does not grow as long as many of the other Passifloras, and it sometimes trails along the ground.

Passiflora edulis (Edible Passion Fruit Vine) is native to Brazil, Paraguay, and northern Argentina. Its sweet-tasting, seedy fruit is grown commercially in a number of tropical and subtropical countries around the globe. The fruit, which is high in Vitamin C and dietary fiber, is either eaten raw or juiced. An oil extracted from the seeds is used in cosmetics and food products. The fruit of P. edulis is nearly round and possesses a tough rind. There are several fruit forms within this species. Richard Lyons’ Nursery carries the one known as Purple Granadilla, which is less acidic and juicier than the yellow form. 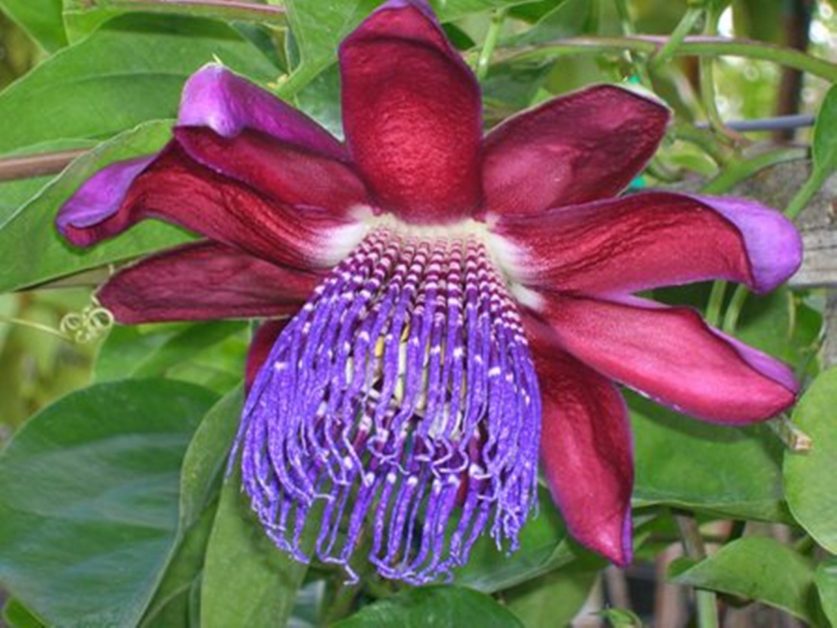 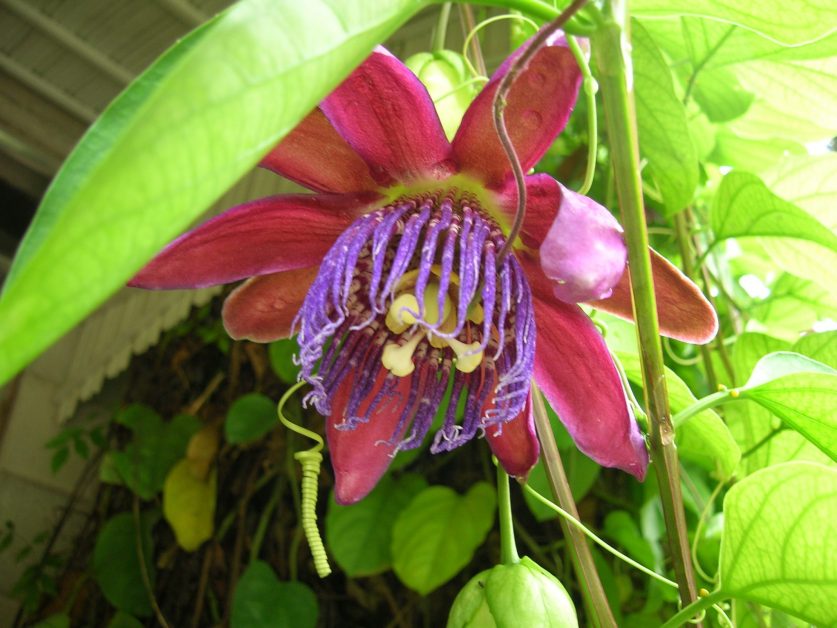 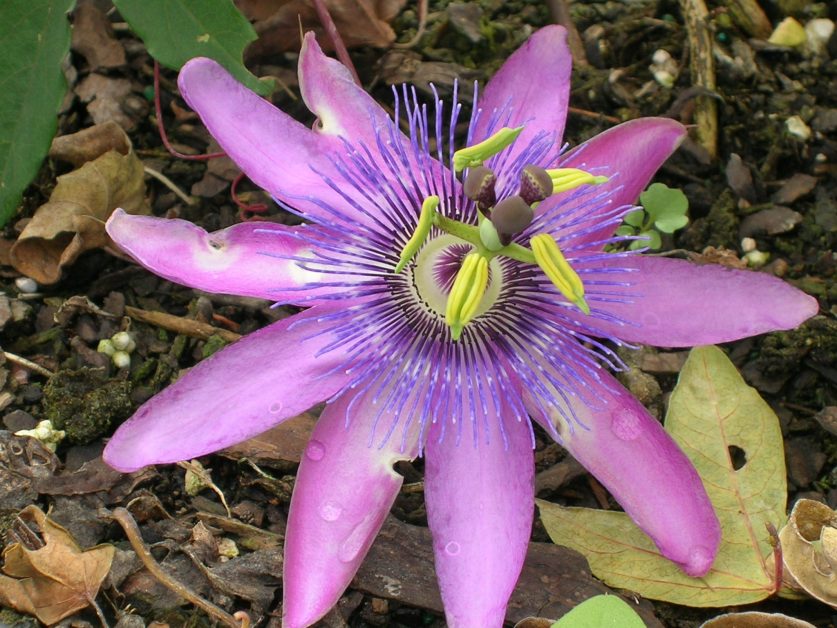 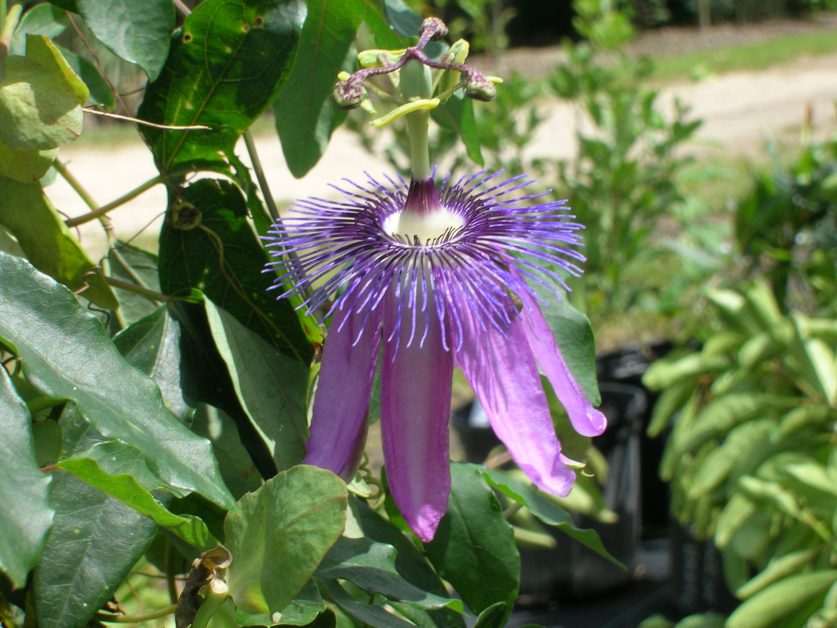 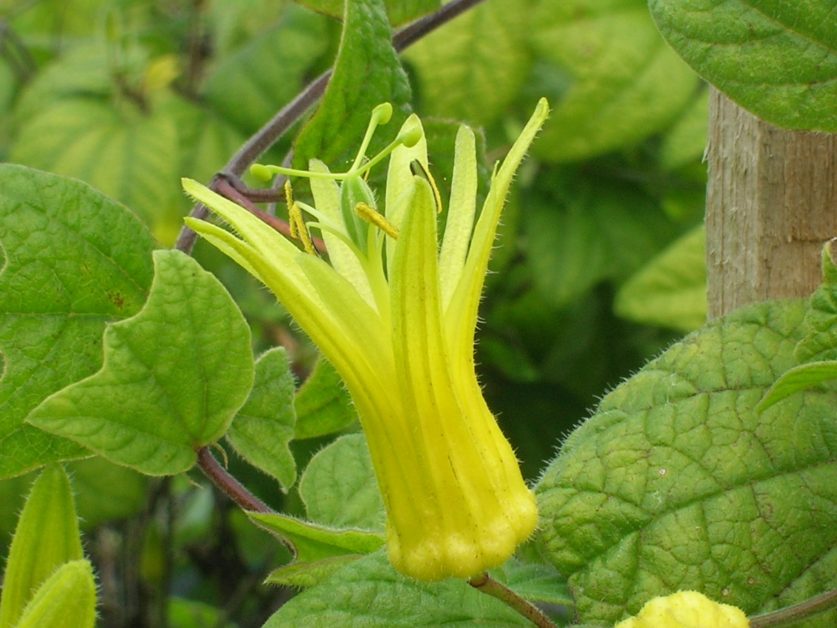 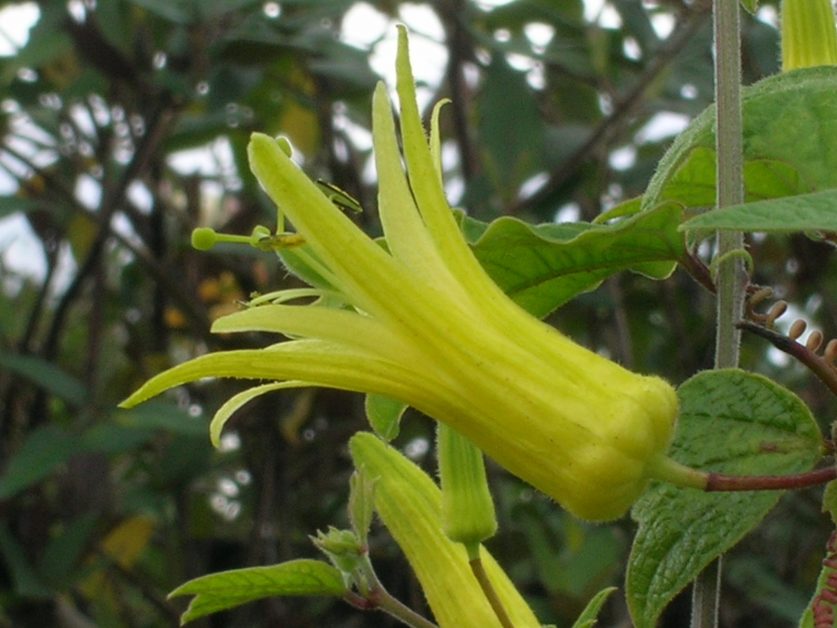 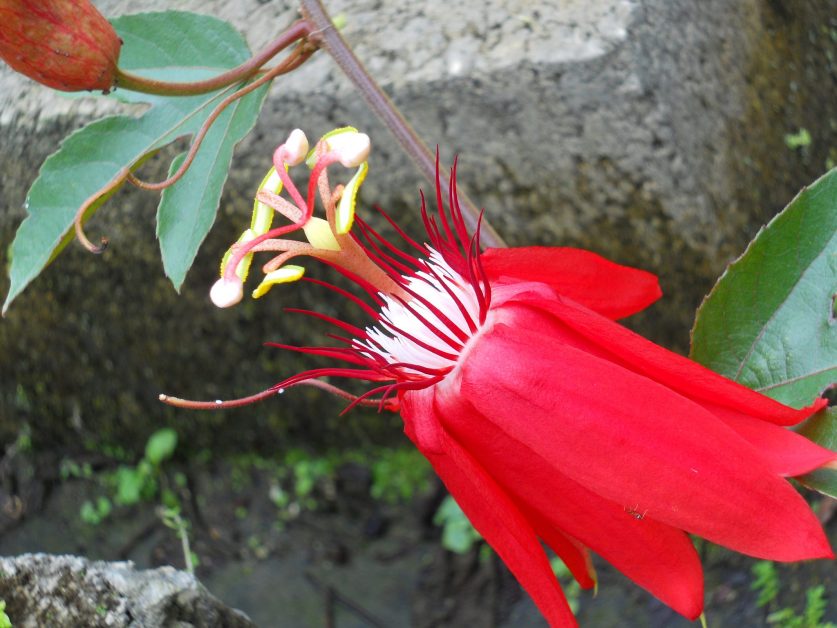 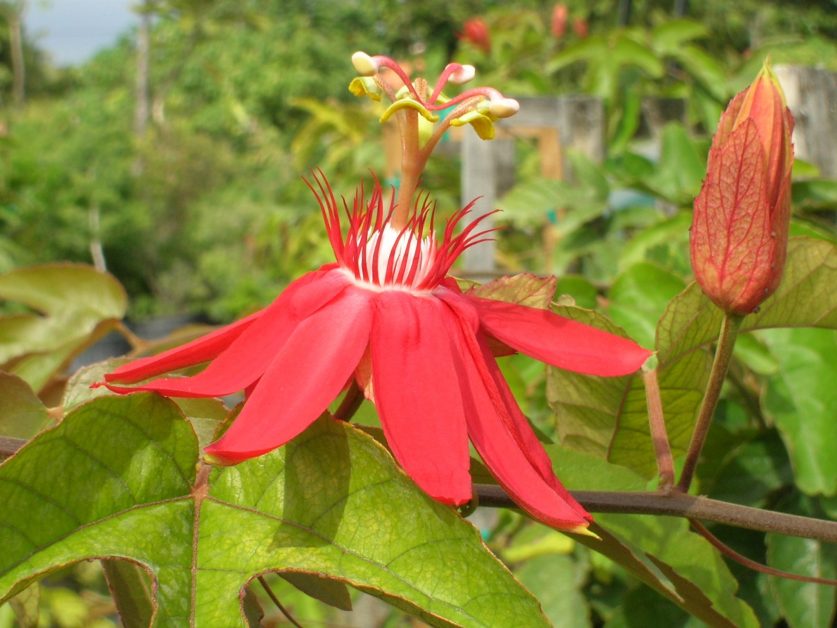 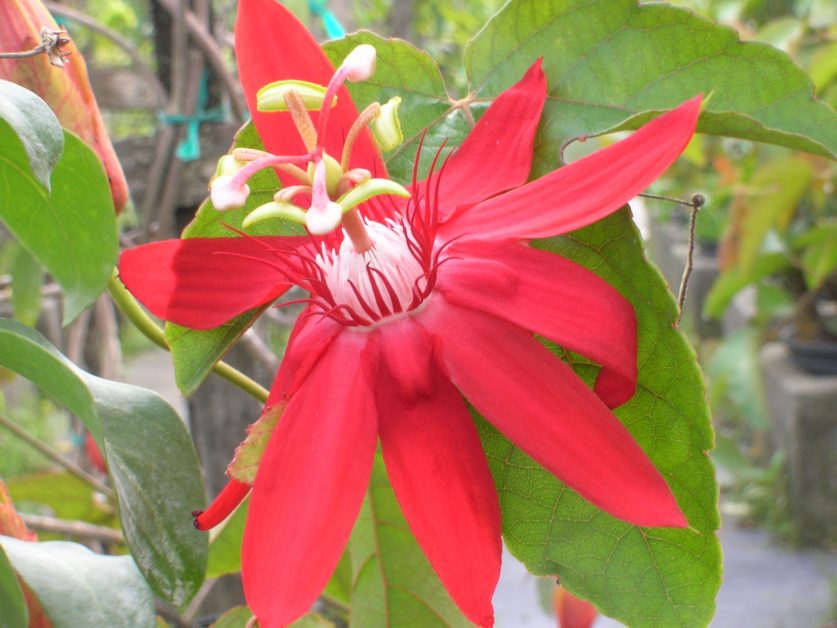 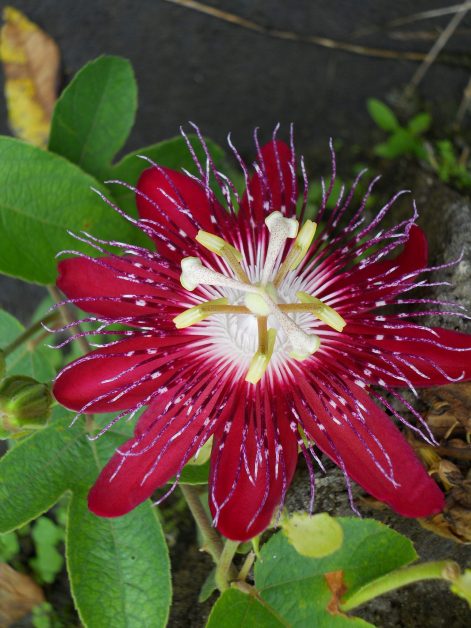