The Long and Short of Milkweed

The Long and Short of Milkweed

When conjuring up thoughts of milkweed, what most of us visualize is the Mexican Milkweed, Asclepius curassavica, the small, red-orange flowered plant that plays a critical role in the life cycle of the Monarch Butterfly. But worldwide there are hundreds of species of milkweed, so-named because of their white sap. They all belong to the Apocynaceae, the dogbane family. Richard Lyons’ Nursery grows two species favored for their ease of cultivation in southern Florida. The difference between the two is remarkable.

The taller and less well-known of the duo is Calotropis gigantea, the Giant Milkweed. It may well be the largest of the many milkweed species. It is native to a large area ranging from Africa into southern and eastern Asia. The Giant Milkweed grows to a height of 10-15 ft. in its native habitats, but tops out at around 5 ft. in southern Florida. It may be cut back hard without dying. It has a distinctive gray stem, and its sizable oval leaves are gray-green and fuzzy, with white venation. The flowers of Calotropis gigantea are attractive and crown-shaped; they color up in shades of lavender, but may also be white.

The Giant Milkweed should be grown in full sun to light shade. This very salt-tolerant species does not have a high water requirement and should be planted in well-drained soil.

For those readers familiar with Mutt and Jeff, the Mexican Milkweed, Asclepius curassavica, is perfectly suited for the role of Jeff in this botanical pairing. In contrast to the Giant Milkweed, it has a slim profile and matures to about 3 ft. The differences also extend to its leaves, which are narrow and pointed at the tip. The red-orange inflorescence of A. curassavica is another distinction from its larger relative. This species is not particular about soil or moisture, so long as good drainage is provided.

Both of these milkweed species are said to have medicinal properties, but, of course, latex saps can also be irritating. For nature lovers, the most significant similarity of the Mexican and Giant Milkweeds is their importance as food sources for Monarch (and other) butterfly larvae.

These species are available at Richard Lyons’ Nursery in 1- and 3-gal. containers. 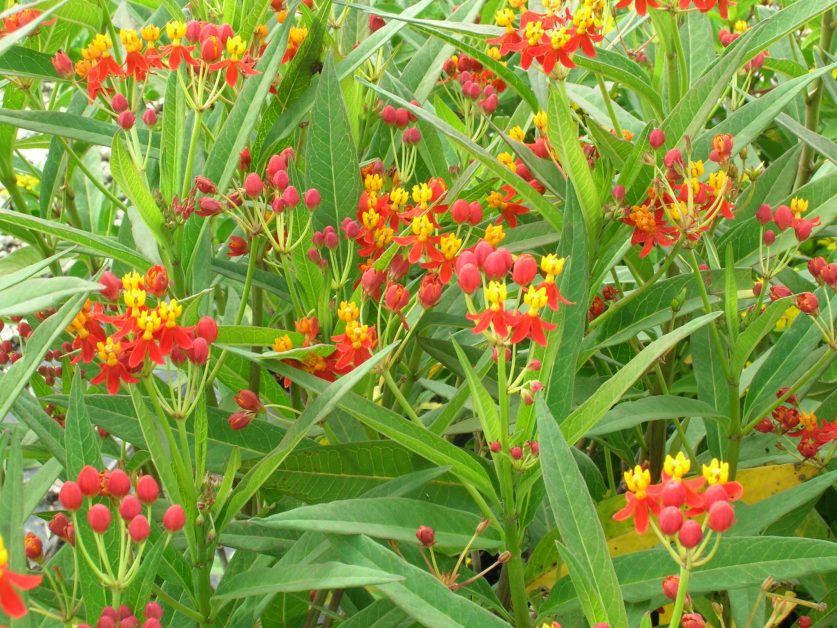 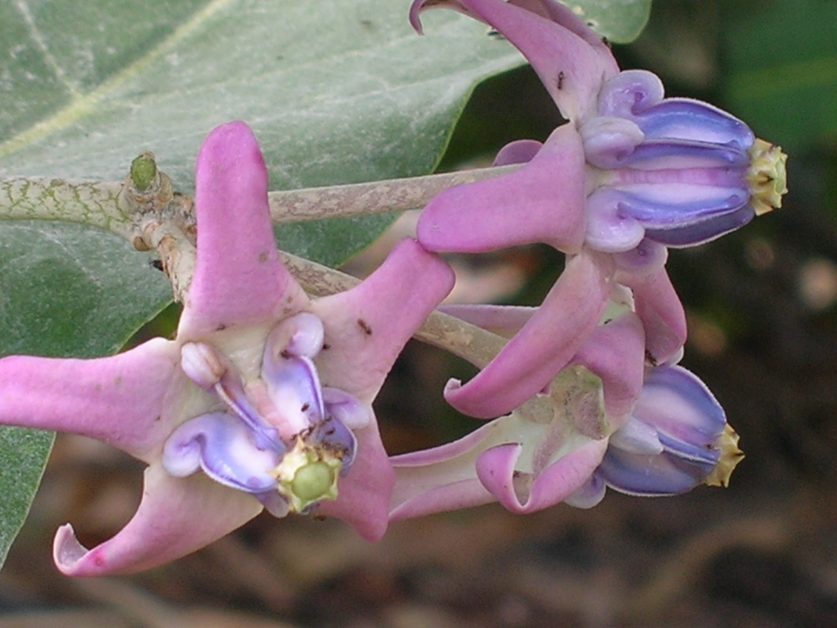 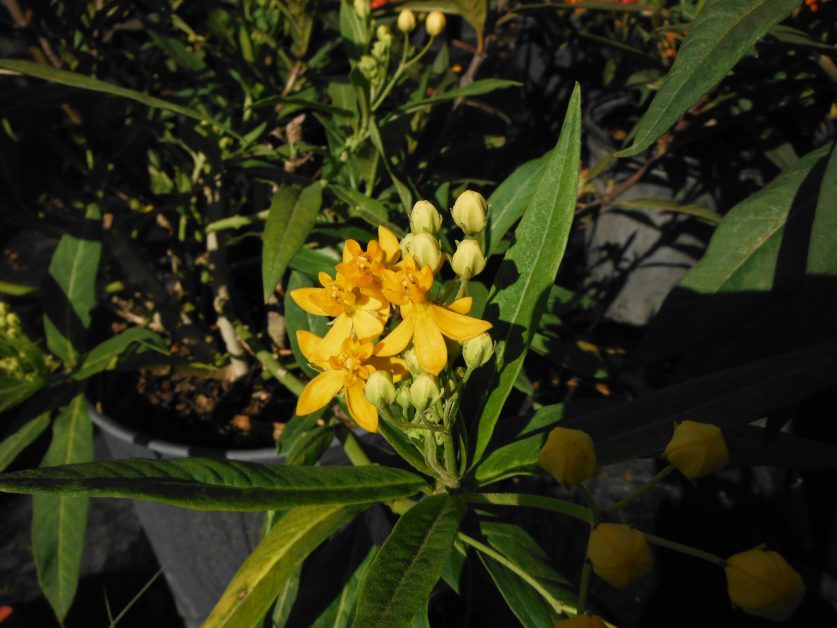