The topic of confusion over common names is too big to confine to just one article in this series. Accordingly, this week’s installment deals with two more fruit species that are also called sapotes.

This tree, native from eastern Mexico to Costa Rica, has a long history in California, where it was introduced by Franciscan monks in 1810. But despite the development of tasty cultivars there, most of the White Sapotes in the Golden State are used as ornamentals. Since part of the species’ native range includes highland areas, it has some tolerance to the cool nights of southern California in addition to its amenability to cultivation at the lower elevations of southern Florida. The distinct dry season that we normally experience encourages fruit production.

C. edulis is a member of the Rutaceae, a family which includes citrus. It is thus unrelated to the other ‘sapotes’ discussed in this series. The species can reach just over 50 ft. in the wild, but in our region’s thin soils, it attains more modest proportions, maturing in the 15-40 ft. range. Its warty bark is light gray in color. White Sapote produces egg-shaped (ovoid) or round fruit maturing to 1-4 in. diameter. The fruit’s inedible skin is green while developing, but turns yellow upon ripening. The edible pulp has a range of flavors—vanilla, peach, banana, pear—and a smooth texture that has been likened to that of avocado. The seeds should not be eaten.

White Sapote is quite adaptable to both limestone and sandy soils, provided that it is planted on well-drained sites. This species is so appreciative of strong drainage that it may be useful to mound soil at the planting site before digging a substantial planting hole. The watering requirements of this species decrease the longer the tree has been growing in the ground. In fact, overwatering a mature specimen can cause it to decline. For best performance, C. edulis should be planted in full sun. 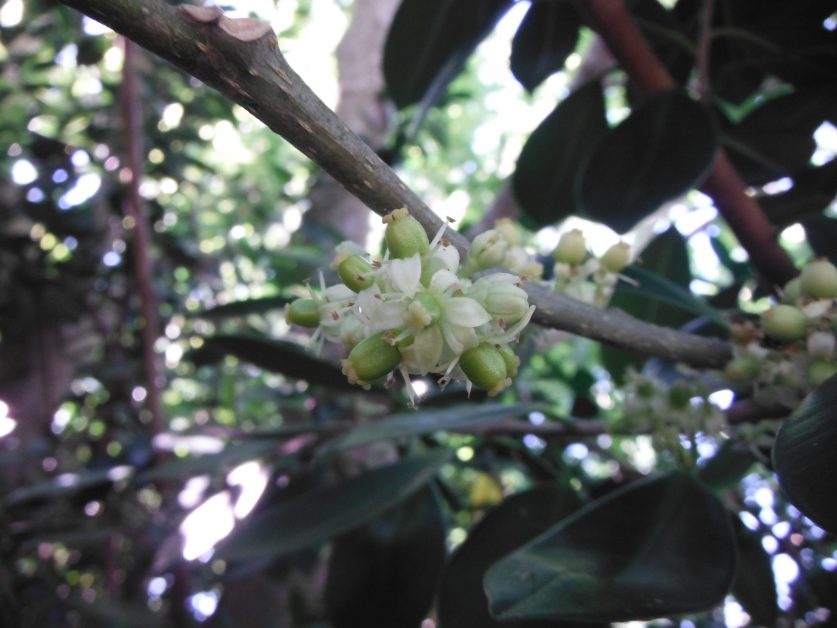 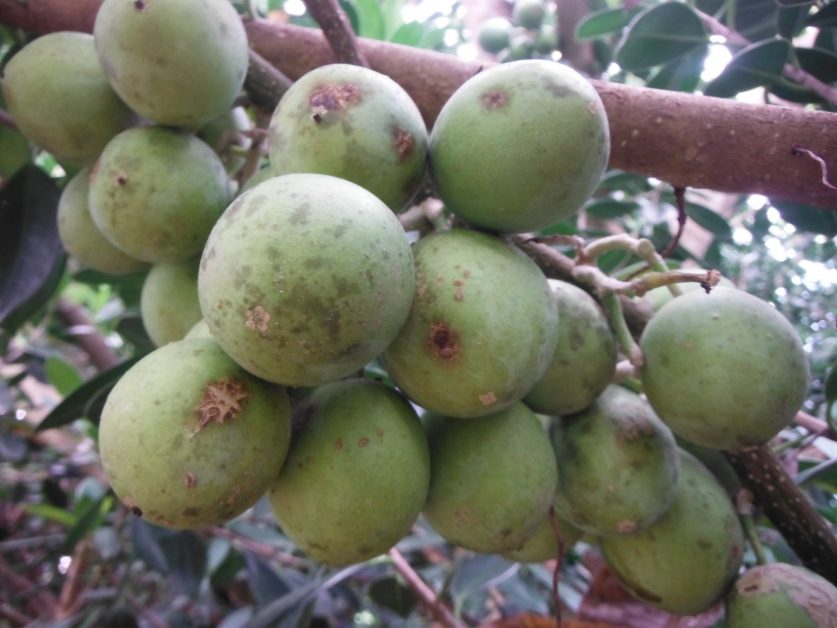 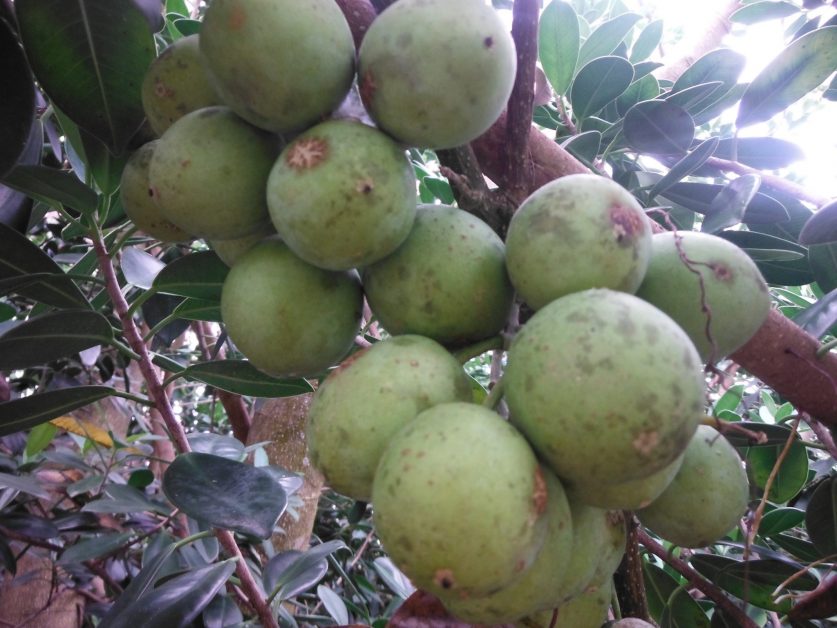 Yet another in the long line of trees known as ‘sapote’ is Diospyros nigra, a species native from Mexico into Central America, the Caribbean and as far south as Colombia. Despite the similarity of their native ranges, Black Sapote and White Sapote are not related. Instead, this species belongs to the family Ebenaceae, which includes persimmon and ebony.

Another common name of D. nigra is Chocolate Pudding Fruit, and with good reason: Its ripe pulp mimics chocolate pudding in color, texture and flavor. The tree’s smooth-skinned fruit is about the shape of a tomato and matures to 2-4 in. in diameter. The inedible skin is usually olive green in color upon ripening.

Like many desirable New World plants, Black Sapote achieved widespread distribution around the tropics through the efforts of Spanish explorers, who brought the species to the Philippines in the 1700s. About 100 years ago, cuttings and seeds began to find their way into the United States. Black Sapote ultimately proved more successful in southern Florida than in southern California, because, unlike White Sapote, the species is not found natively in highland areas, where it would be adapted to withstand the colder temperatures commonly experienced on the west coast.

Even if D. nigra were not a fruiting tree, it would be desirable as an ornamental. It features leathery, glossy, dark green foliage and a black-barked, furrowed trunk. While capable of maturing to 80 ft. or more in its native habitat, the species tops out in the 25-35 ft. range in southern Florida. It is a fairly slow grower in early years, but moves at a somewhat faster clip later on. For ideal appearance and fruit production, Black Sapote should be planted in a full-sun exposure. Happily, it is amenable to the poor soils of our region, so long as good drainage is provided. However, it is less tolerant of drought than White Sapote.

D. nigra is rather tolerant of windy conditions, particularly when it is pruned to open up the canopy. Periodic pruning also encourages lateral, rather than upright, growth, a desirable goal with any tree that produces fruit which the owner wants to keep from splitting open when it hits the ground. 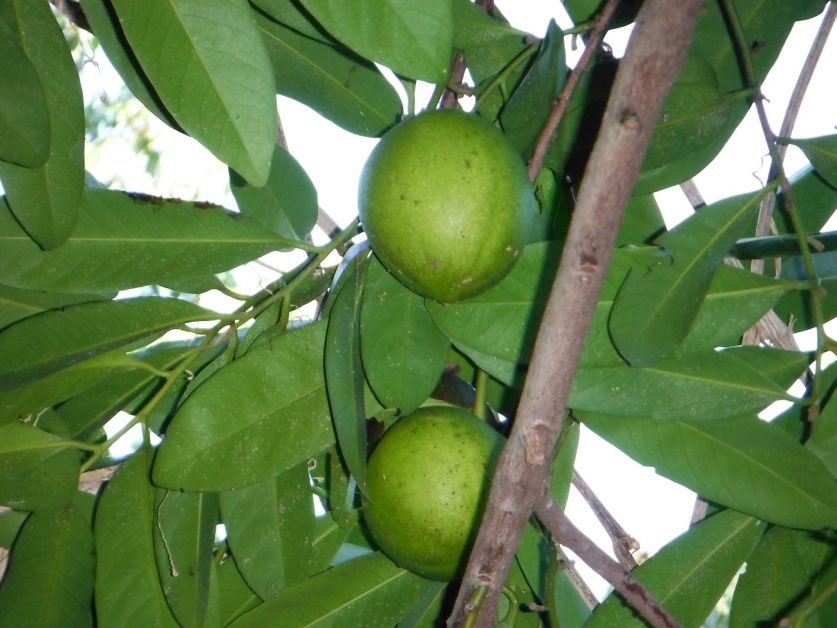 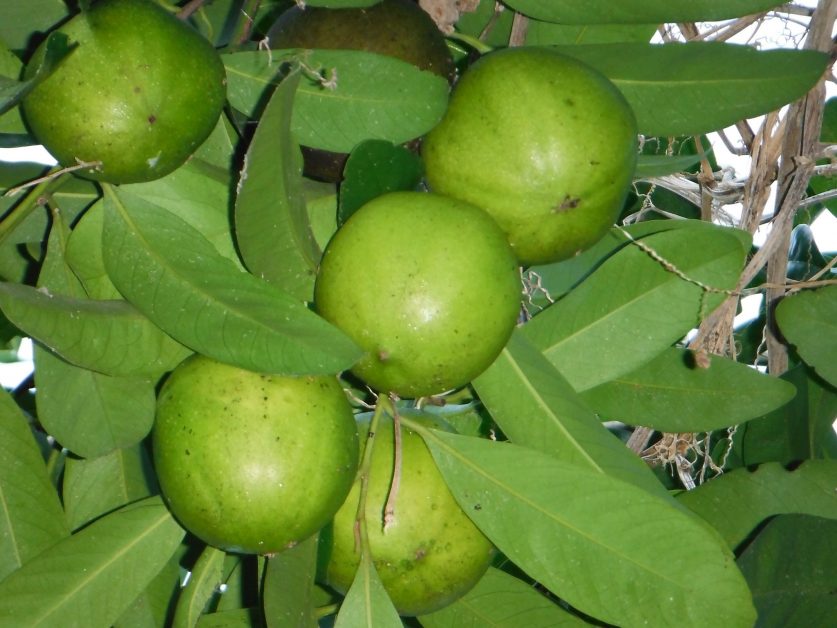 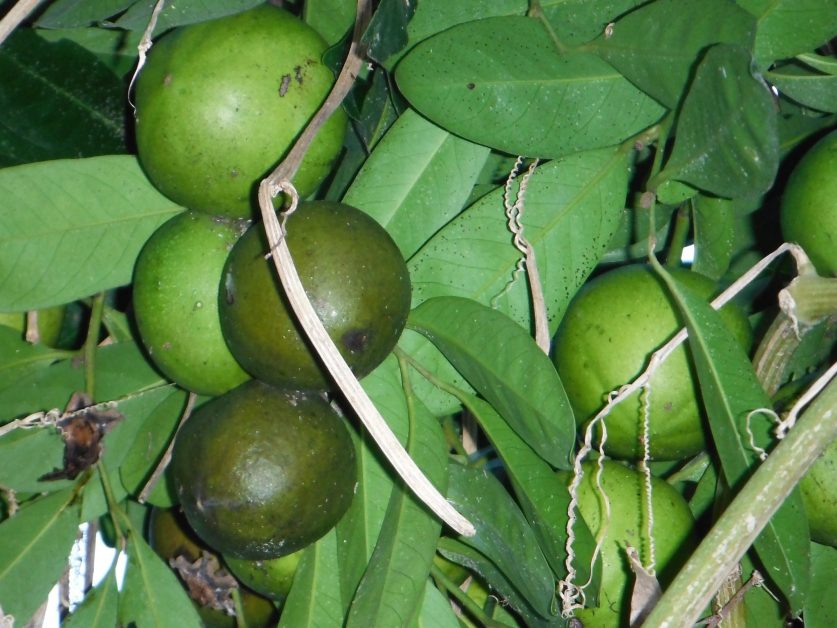 Both White Sapote and Black Sapote are available in multiple sizes at Richard Lyons’ Nursery.