This week we continue our survey of the interesting tropical fruit species that can be grown in southern Florida.

This species is not only among the most ornamental of tropical fruit trees, but it is blessed with long life, strength and wind resistance. Because the sapodilla has been popular for many centuries, its native range is a bit hazy; however, it is thought to have been the Yucatan (and nearby parts of southern Mexico), northern Belize, and northeastern Guatemala. It has probably been cultivated all over Central America for millenia, and during the age of colonization, it was distributed into the Old World. For instance, it reached Ceylon (now Sri Lanka) in 1802. Closer to home, it was long ago spread throughout Caribbean islands and nearby land masses, where it is often known as níspero.

M. zapota in southern Florida matures to about 45 ft. in height, with a spread of about 40 ft. It is fairly slow-growing, a feature that contributes to its wind resistance. It features dark, smooth, glossy leaves and a dense crown. One of its most useful cultural traits is its comfort with limestone soils, so long as good drainage is provided. The species is also salt-tolerant and, once established, drought-tolerant. Accordingly, it is a good candidate for installation in poor, unirrigated sites. For optimum performance, it should be grown in full sun. It has a well-earned reputation as an excellent shade tree.

Sapodilla flowers are white, but not particularly showy. They yield sweet-tasting fuzzy, brown-skinned fruits that mature to about 4 in. in diameter. The period from flowering to fruit ripeness is about 10 months. The color of the fruit’s flesh ranges from dark brown to reddish-brown to pale yellow, and the texture is grainy, likened by some to that of a very ripe pear. The fruit is ready for picking and eating when the skin softens. Immature sapodillas have a hard skin which exudes a white latex, called chicle, when cut open. Chicle was an early source of chewing gum. It was introduced to the U.S. in 1866 by the infamous Mexican general, Santa Anna, upon his arrival in, of all places, Staten Island, where he lived in exile for a few years. Later the name of the latex was incorporated into the commercial brand Chiclets. 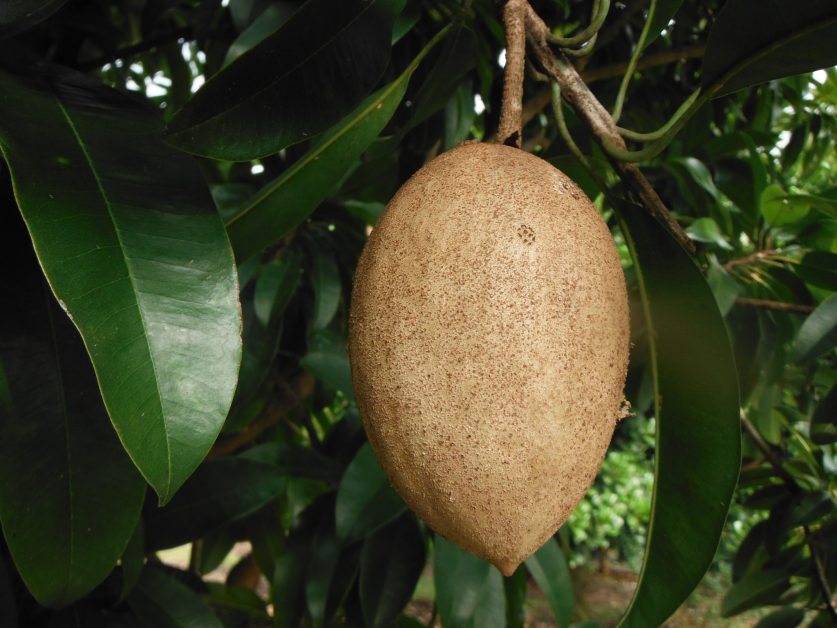 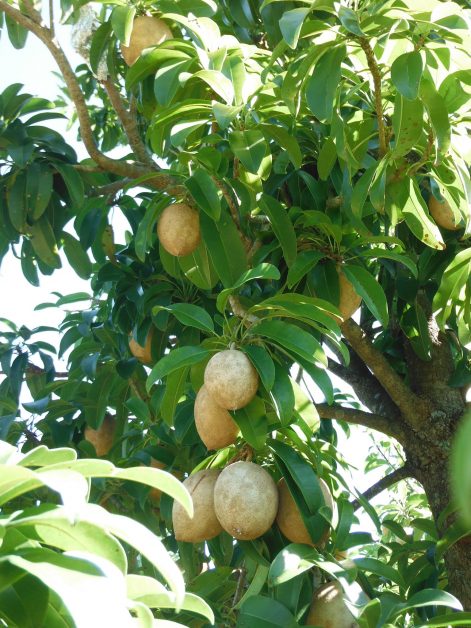 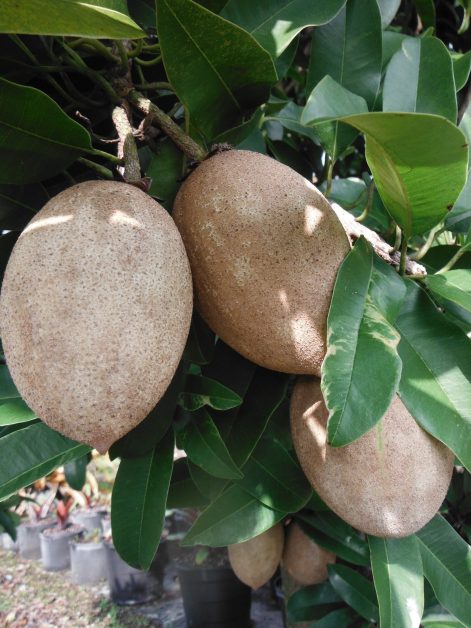 This quaintly-named species is a midsized tree native to a wide swath of southeastern Asia—from the Indian subcontinent south and east into parts of China and Vietnam and then through Thailand to lMalaysia and Indonesia. It was first described botanically in the mid-18th century by Carolus Linnaeus. It is yet another fruit tree that doubles as a very attractive ornamental.

In southern Florida, D. indica can reach about 40 ft. high at maturity. It develops a nice rounded crown, and its leaves are likewise attention-getting—leathery, toothed at the margins, and prominently veined. Its large, fragrant flowers, featuring white petals and yellow sepals, are also appealing. The tree is at its best when planted in a well-drained soil in full sun.

The fruits of this species grow to 4-5 in. in diameter. They’re called Elephant Apples because Asian elephants are crazy about them. As a result, our pachyderm friends are important in the dispersal of Dillenia seeds, if you know what we mean. The reduction in elephant populations might bode poorly for the future of D. indica, but the species has tucked an alternative system of distribution in its back pocket: Although the hard fruits can’t be accommodated by small animals, they do soften on the forest floor during the dry season, after which they can be ingested by squirrels, macaques, and rodents. Happily, the seeds tend not to lose viability over the course of the dry season.

The fruit of the Elephant Apple tree is acidic and fibrous, so it tends not to be eaten out of hand. Rather, it is valued as a component of many food dishes. In India, the pulp is used with spices and coconut in the creation of chutneys. The fruit is also used in drinks, and is also a component of jams, jellies and curries.

A very versatile species, D. indica is said to possess medicinal properties, and its wood is sufficiently strong to be used for gunstocks and light construction. 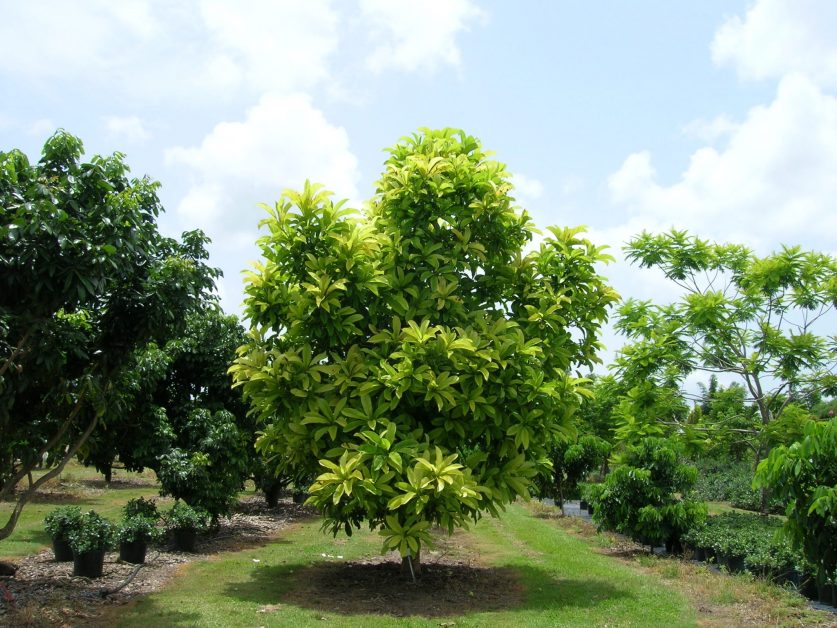 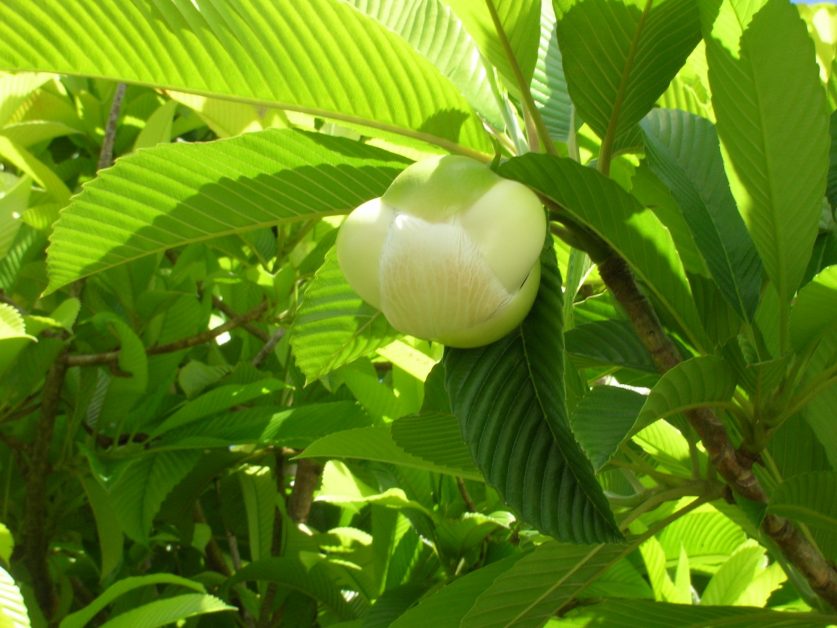 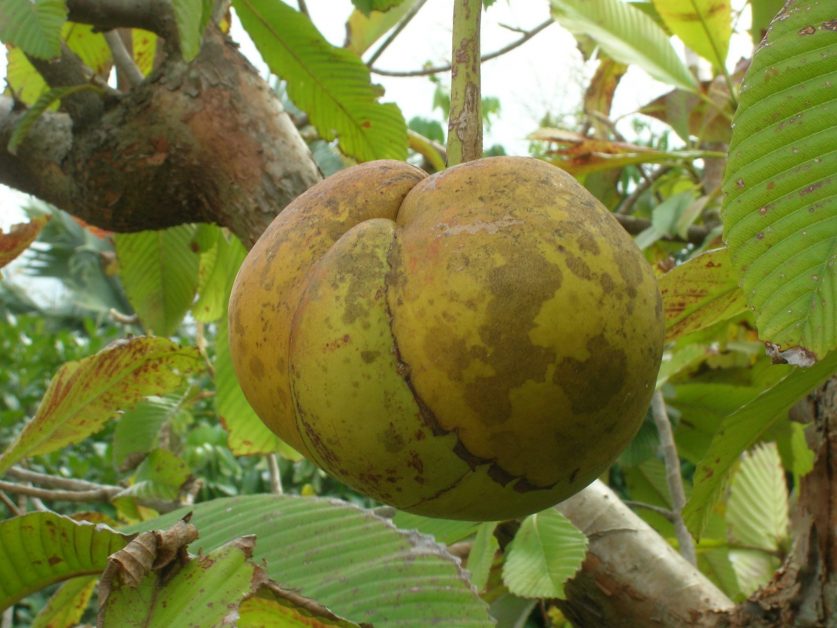 These two popular species are available in several sizes at Richard Lyons’ Nursery.