This week we look at more of the interesting tropical fruit species that can be grown in southern Florida.

Right off the bat, we have a couple of confessions to make: Loquat is not a tropical fruit, and in spite of its specific epithet ‘japonica,’ it’s also not Japanese. The truth is that it is native to the temperate middle of China. Its pleasing taste led to its introduction to Japan, where it has been cultivated for over a thousand years. It is now just as likely to be called Japanese Plum as Chinese Plum, and Japan is the world’s leading commercial producer of the fruit. So popular is loquat that in Asia alone some 800 cultivars have been developed.

E. japonica grows as a tall shrub or small tree. In our part of the world, it matures in the 10-25 ft. range. The plant has a lot of desirable characteristics: It bears leathery, textured, lanceolate leaves with serrated edges. The leaves are dark green on the upper surface and light green below. Flowers are fragrant, and fruit of the cultivars most commonly found in Florida ripens in the yellow-orange range.

Loquat is a winter-flowering plant. That can make fruit production in the southern Gulf states unpredictable, because frost at the wrong time can kill flowers and developing fruit. Fortunately, that’s a small risk in southern Florida, and fruiting here is often abundant. Depending on the cultivar, the flavor ranges from sweet to subacid to acid.

E. japonica flowers best when grown in full sun. Established plants exhibit some drought tolerance. Fruit is high in Vitamin A, and the plant’s dense wood is valued in furniture-making.

The pineapple is a very interesting plant. People are generally surprised to learn that it is a bromeliad, and, in fact, it has the greatest economic significance of any bromeliad. The plant doesn’t just produce a popular fruit—actually an aggregate, a collection of berries that coalesce into a single body. It also contains the enzyme bromelain, which is processed into meat tenderizer, and its leaves provide a valuable fiber. The genus name ‘Ananas’ comes from the word that the Tupí, a Brazilian indigenous people, used for the plant. ‘Pineapple’ probably arose from an English translation of the term that Columbus coined while under the misconception that he was looking at a conifer.

A century ago, pineapples were grown commercially in Miami-Dade County, generally in the Miami neighborhood known as Lemon City. But because the crop is slow to mature and because land values began to rise, the farmland was sold off for development. Currently Richard Lyons’ Nursery grows an edible pineapple, Ananas comosus (Smooth Cayenne Pineapple), which is very flavorful, but much smaller than the commercially-grown pineapples produced around the tropics.

As an aside, it may surprise some to find out that Hawaii is no longer a significant source of pineapples. Just as in southern Florida, land values in the islands made it uneconomical to farm pineapples commercially.  By 2013, Hawaii-grown pineapples constituted just a tenth of a percent of the world’s production! 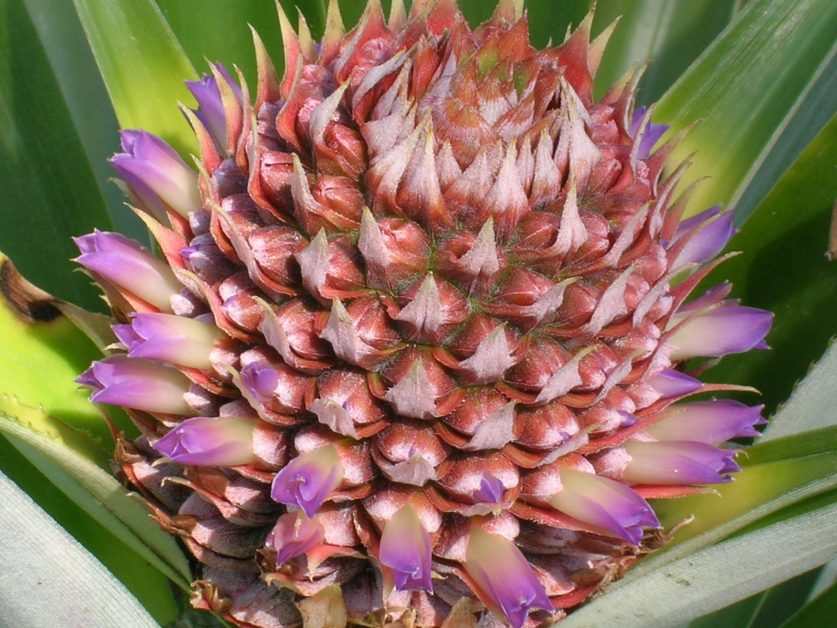 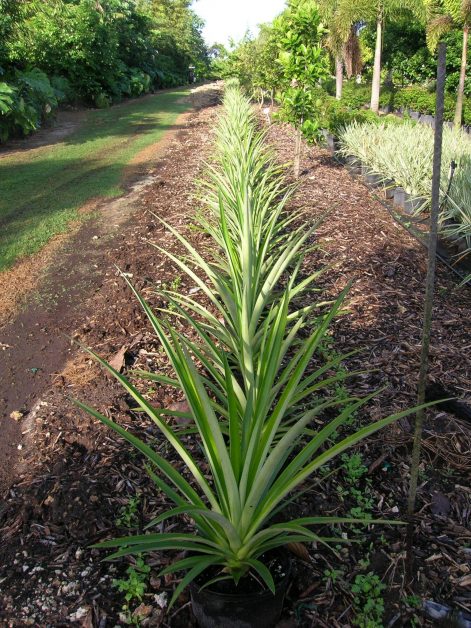 Here is another of those species blessed with a multitude of common names. To cite just a few, it is known as Spanish lime, mamoncillo, genip, and quenepa. Native to northern South America and Margarita Island off Venezuela, M. bijugatus has been distributed widely in the New World and as far away as the Philippines. It has been grown in southern Florida for at least 75 years.

The popularity of Spanish lime is based on its value as both an ornamental and a fruiting species. It has become a reliable street tree in many places, including Key West. Happily, it is tolerant of dry conditions, increasingly so as it matures, but does not withstand flooding well. M. bijugatus is also quite comfortable growing in our region’s limestone soils. It grows slowly, and may eventually reach 85 ft. Good horticultural practices pay off with this species. After the first year in the ground, a pruning regimen should be started to encourage lateral branching. As time goes by, pruning practices should also include keeping the canopy open by removing crisscrossing branches and dead wood.

Spanish lime produces fragrant, small, white flowers which attract hummingbirds and bees. This species is almost always dioecious, so fruit production will depend on having both a male and a female tree. Mamoncillo fruit ripens in loose clusters and is popular simply eaten out of hand. The fruit tastes best if allowed to ripen on the tree, and the entire fruiting cluster should be picked after one of the fruits is sampled for ripeness. The skin is green, smooth, thin, and brittle. Consumers usually just rip it open, pop the pulp into their mouths and slurp it off its prominent seed. Unopened fruit keeps well, so it can be carried around for days. 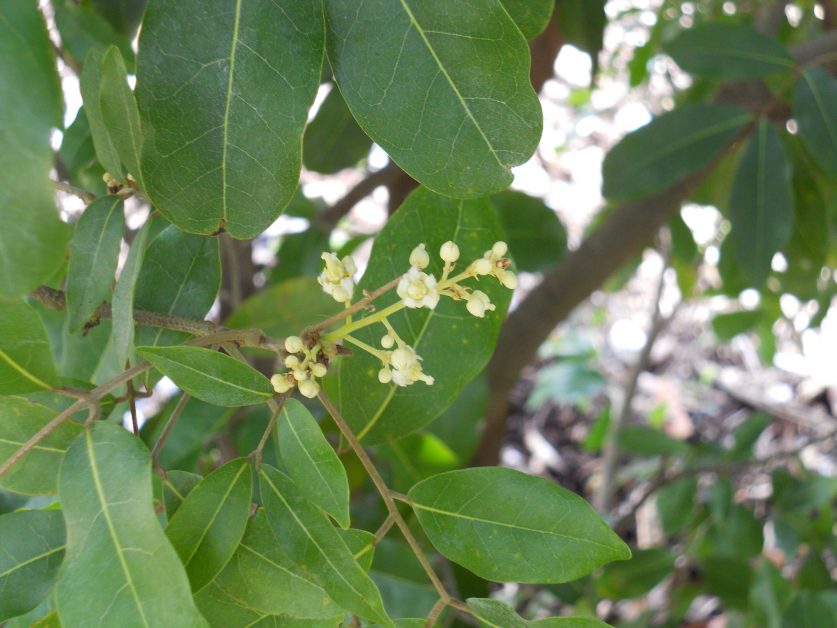 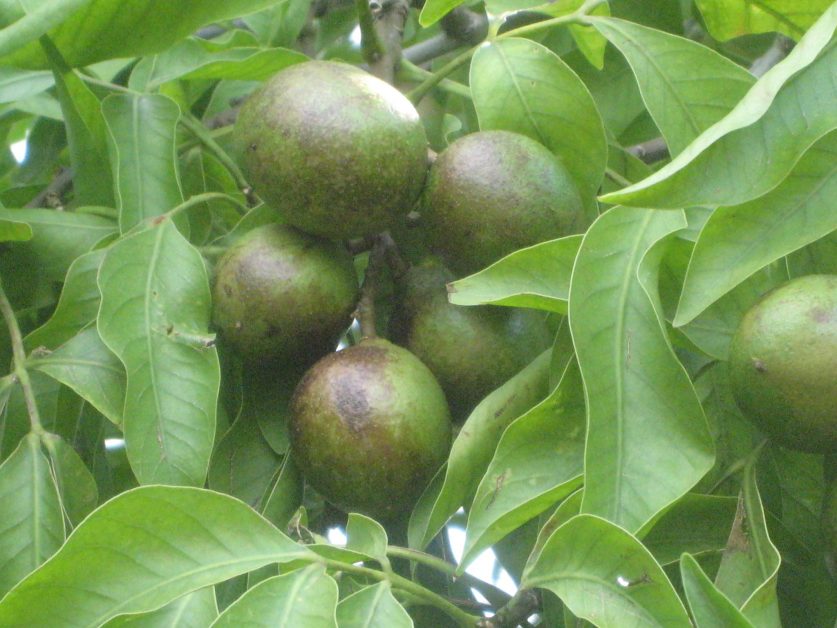 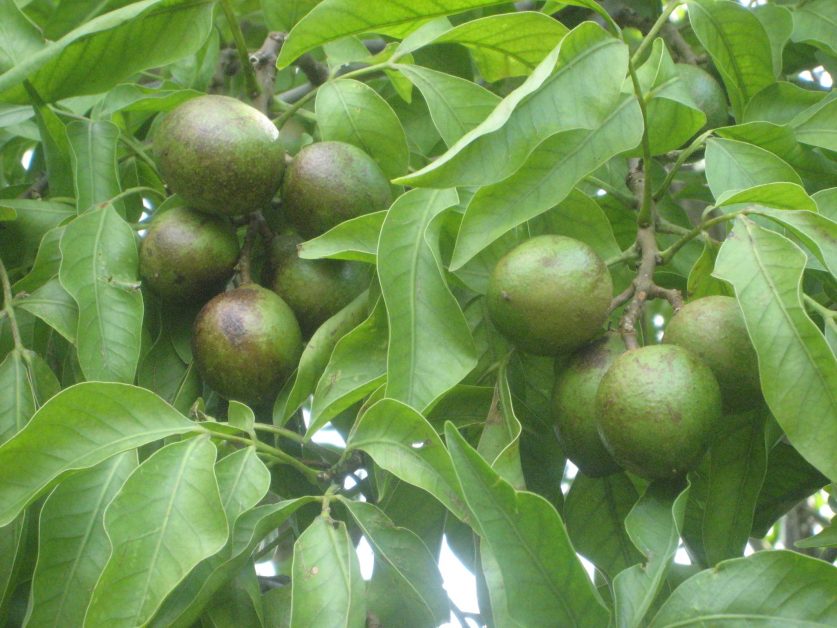 These three species are available at Richard Lyons’ Nursery in various sizes.