Though commonly known as West Indian Lemon Grass, this popular herb is native to maritime Southeast Asia. It grows in dense clumps capable of reaching 6 ft. high and about 4 ft. wide. Its blue-green strappy leaves, which droop gracefully at the tips, emit a citrusy aroma when crushed. The leaves are also used widely—either fresh or dried and powdered—to flavor curries, teas and soups, as well as meat and seafood dishes.

Lemon Grass oil contains a number of useful compounds, including the mosquito repellent, citronella. In folk medicine, the oil is said to possess a panoply of benefits.

Plant this year-round herb in bright light. It can tolerate dry sites, but develops a better appearance when given ample water. It is amenable to a variety of soil types, though it might need a little extra care when planted in sand. 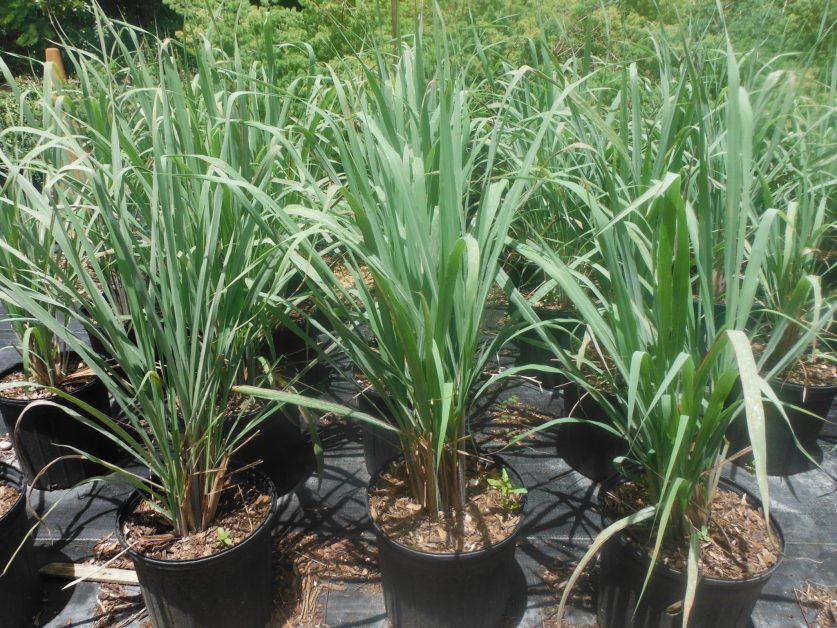 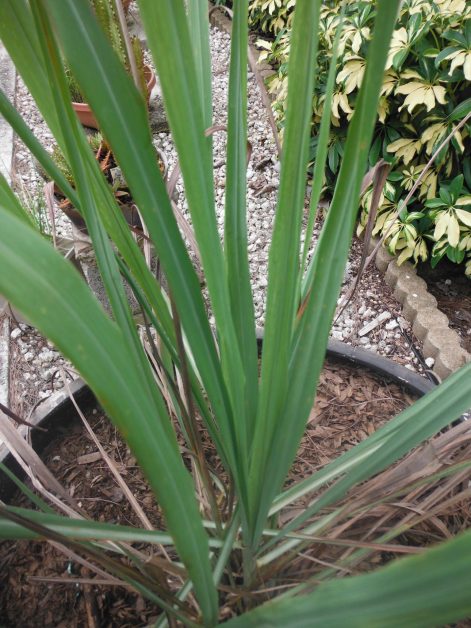 This very interesting species is native to northern South America and possibly the West Indies, and it really does have a taste and texture close to that of peanut butter. Actually, it has a somewhat more complex flavor that includes a hint of berries.

Bunchosia glandulifera apparently came into the U.S. as B. argentea, but the current consensus of opinion is that the true B. argentea is a different species, and is not cultivated even in its native area. B. glandulifera is a shrub that matures in the 10-15 ft. range. In contrast to its cousin, it has wavy leaf margins, and the undersides of its leaves are less fuzzy, and thus less silvery in color.

From seed, it takes B. glandulifera only 2-3 years to produce fruit. The fruit is round to oblong, maturing to an inch or so in length. As it develops, its color goes from green to yellow-orange to red-orange. Despite its pleasant taste, don’t expect Peanut Butter Fruit to appear in your grocery; its fragile skin will keep it from becoming a commercial crop. However, if picked from the tree upon ripening, the fruit will keep in the refrigerator for several days. It can be eaten out of hand or in a milkshake.

Bunchosia should be planted in full sun or light shade. It grows best in moist, fertile soil that is well-drained. 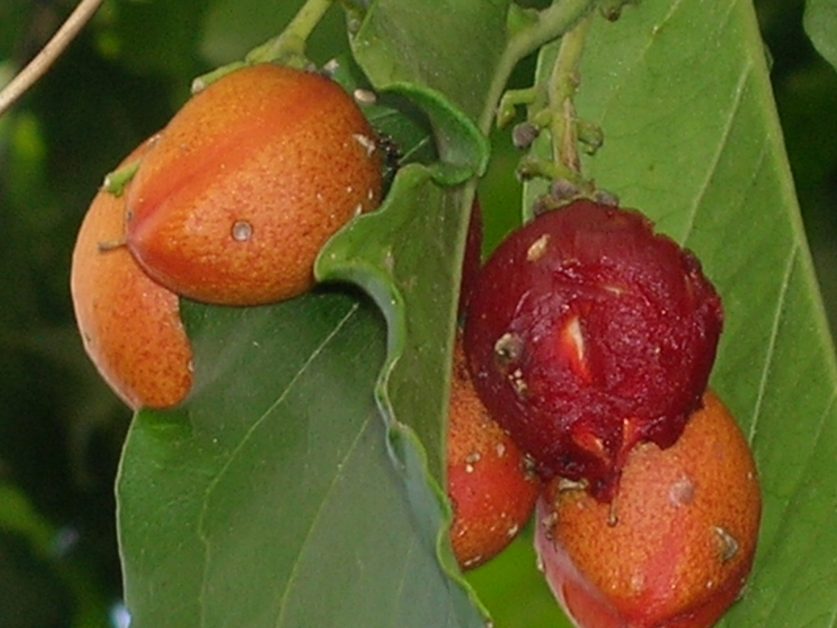 Cuban Oregano (Plectranthus amboinicus): We end this installment with an herb that’s become so popular, for so many centuries, that it has multiple—and even conflicting—names. For instance, in India it’s known as Indian borage. In Cuba it’s called French thyme. In parts of the U.S., it’s known as Spanish thyme.

Well, the species is not thyme, and it’s not from India, Cuba, or France! P. amboinicus is most likely native to eastern and southern Africa. What is certain is that it is an oregano-like member of the Lamiaceae (or mint) family. It produces a fleshy stem and fleshy, fuzzy oval leaves about 2½ in. long. It matures to just over 3 ft. tall.

In addition to its use as a spice, Cuban Oregano is reputed to have medicinal properties capable of remediating respiratory, arthritic, and digestive problems. Chewing a leaf of this plant is said to ease the burning sensation of highly-spiced foods. 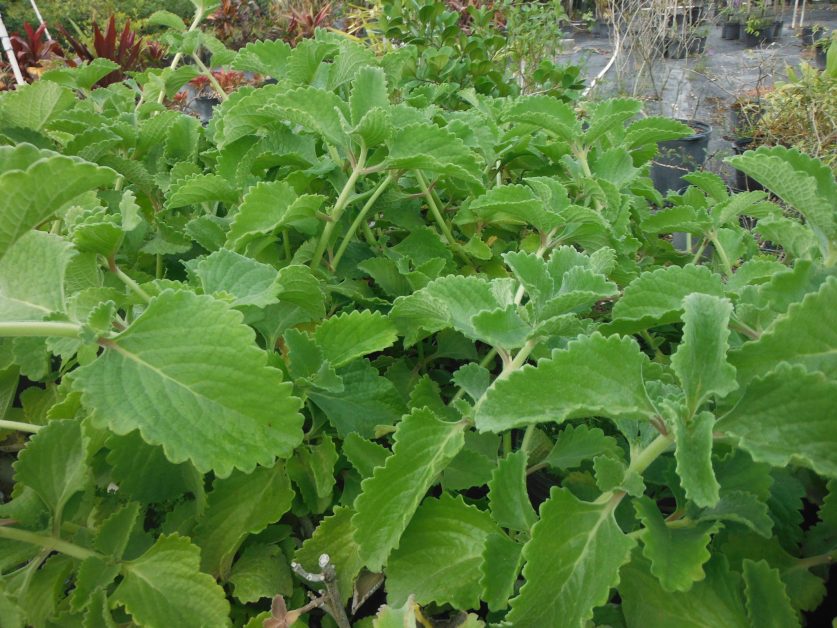 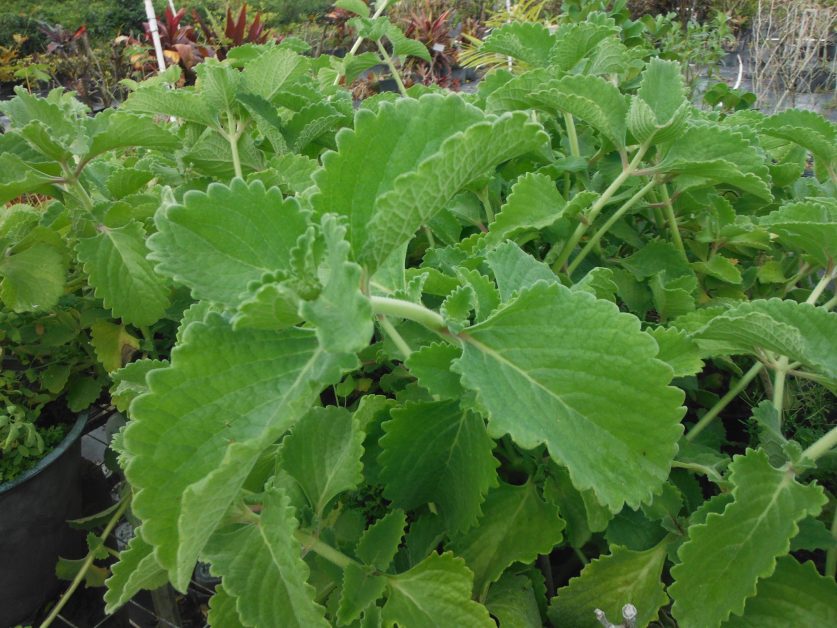