In the inventory and articles published on this website, we think it’s helpful to provide both botanical and common names, but sometimes the informal names are head-scratchers. For example, “Swiss Chard” is the appellation placed on a plant that’s native to the Mediterranean. Fortunately, most common names do make sense, and we believe there are few more descriptive than ‘Powderpuff.’ The most ornamental species of the large genus Calliandra feature showy flowers which look like living powderpuffs. What gives the blooms their namesake appearance are their numerous long stamens (the pollen-bearing structures). In fact, the name Calliandra is derived from Greek words that mean ‘beautiful stamens.’ Below are descriptions of four Calliandra species/forms that Richard Lyons’ Nursery offers.

Calliandra emarginata is the Dwarf Powderpuff. It is native from southern Mexico to Panama. Its bright red blossoms, about 2½ in. across, start appearing on the plant at a relatively early age and keep showing up regularly and heavily thereafter. The plant bears kidney-shaped pairs of mid-green colored pinnate leaflets that fold up at night. C. emarginata matures to about 7 ft. It performs best when planted in full to lightly-filtered sun in moist, well-drained soil. It is amenable to pruning and can be shaped into a small tree. And because of its small stature, it is the Calliandra species best-suited to container culture. In addition to its ornamental beauty, the Dwarf Powderpuff attracts butterflies, honeybees and hummingbirds. While evergreen in southern Florida, in more northerly latitudes it will freeze to the ground and regrow when warmer weather returns.

Calliandra haematocephala, known as Red Powderpuff, is considerably larger than C. emarginata. Producing multiple stems, it can reach 12-15 ft. in height and about the same dimensions in width. It has long, arching stems that can be cut away from the lower trunk to produce an Acacia-like appearance, but it can also be pruned into a hedge. An owner who takes the time to pinch out new growth will be rewarded with more profuse flowering on a more compact plant. Leaflets emerge copper-colored, but mature to a dark green hue. It is native to Bolivia according to some sources, and from Nicaragua to Ecuador according to others. C. haematocephala flowers fragrantly, primarily in warmer months. It attracts butterflies, honeybees and hummingbirds. It likes full to lightly-filtered sun and well-drained soils.

Calliandra surinamensis, the Pink and White Powderpuff, is another Calliandra that blooms most of the year in southern Florida. Its fragrant flowers are pink in the upper half and white in the lower half. Its coppery emergent leaflets harden off to a metallic dark green color. C. surinamensis possesses a growth habit much like that of C. haematocephala. In the landscape, it can be shown off as a single tree, but something quite dramatic can be achieved on larger lots: A walkway can be lined with multiple specimens of this plant. The optimal effect is achieved by pruning away lower branch-es so that the remaining canopy grows above the head of those strolling along the path. If the walk-way is not narrow, these powderpuffs can be planted along both sides to create a colorful allee.

Calliandras are available at Richard Lyons’ Nursery in 7- and 15-gal. sizes. In addition, C. emarginata is grown here in 3-gal. containers. 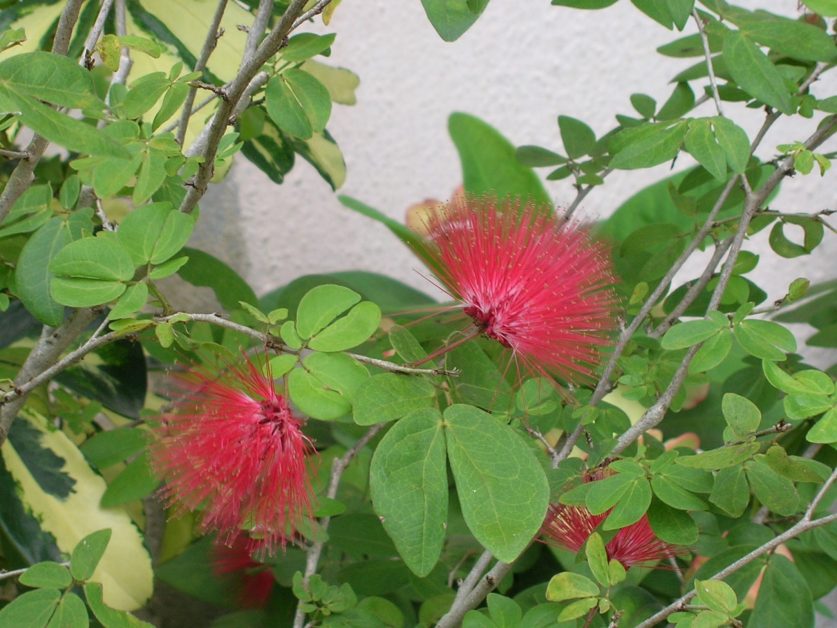 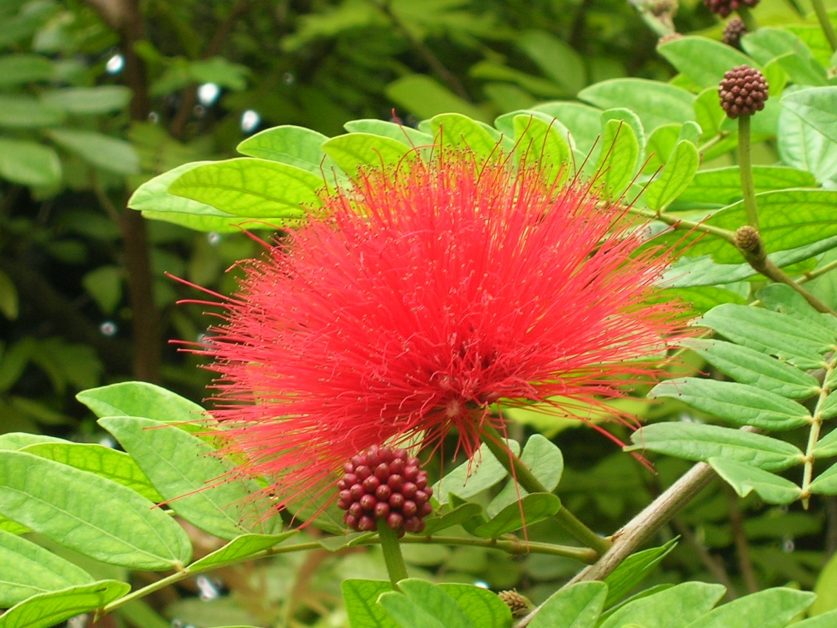 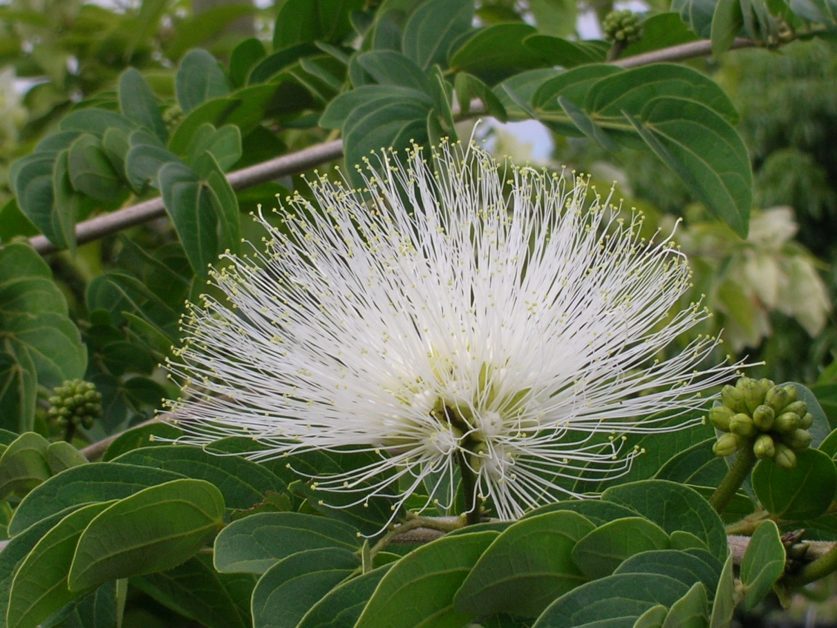 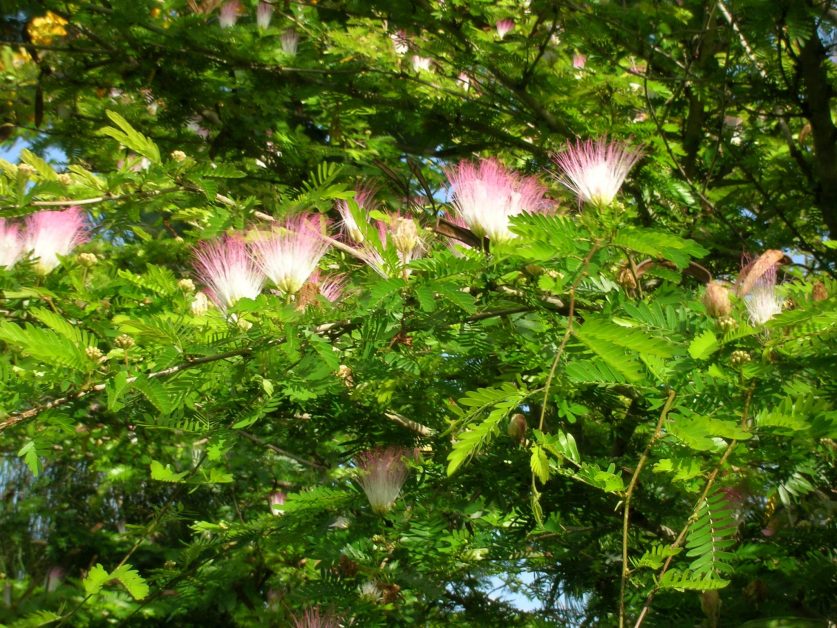 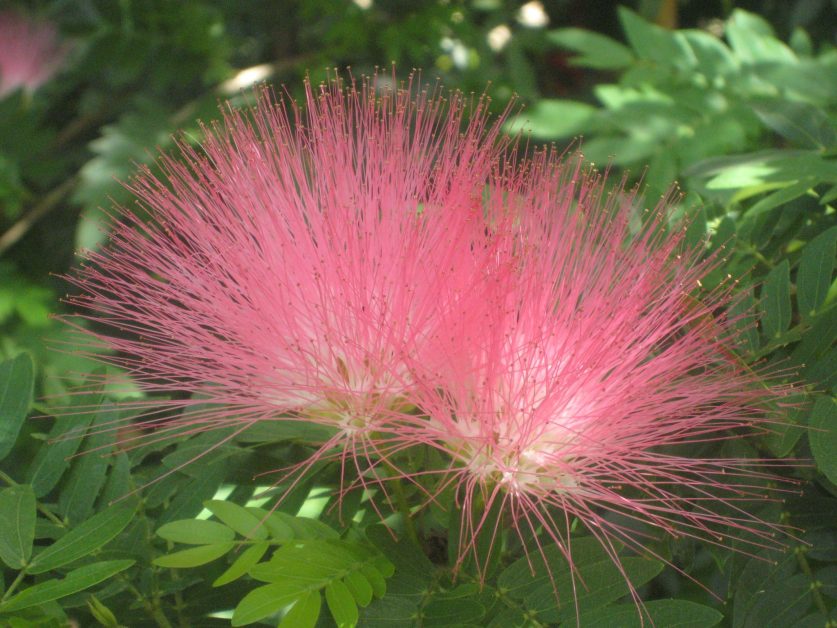 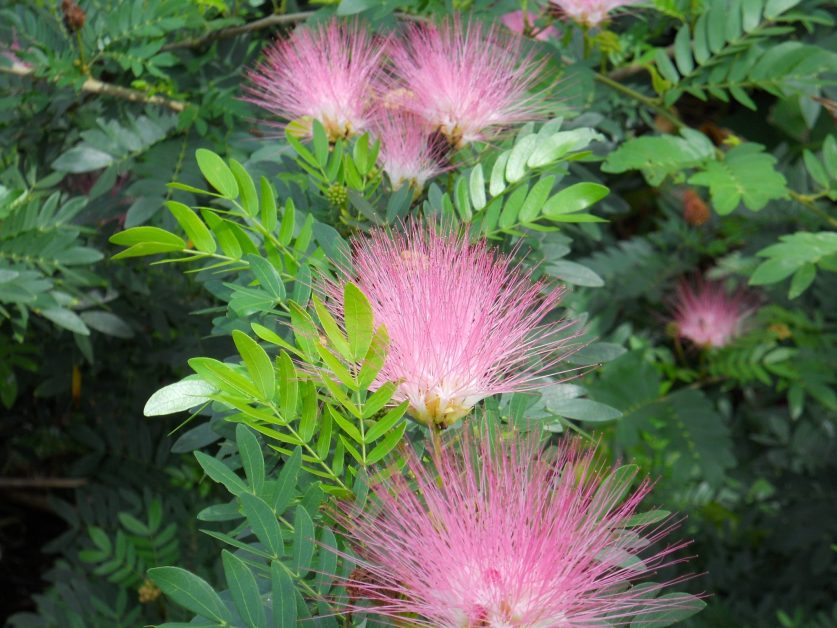