To say that Moringa stenopetala is a multi-purpose tree is to underestimate its importance. This species is not only a source of food, income and shade, but also a constituent of traditional medicinal products and—through its seeds—a means to purify water. As an ornamental plant, it features fragrant flowers in shades of pink, white and yellow.

M. stenopetala is native to Ethiopia, where it is now extirpated in the wild, and Kenya. It reaches about 35-40 ft. at maturity, so should not overwhelm most homesites in our region. It can be either single- or multi-trunked. As a species that holds up well in Ethiopia’s frequent droughts, the Cabbage Tree in Florida gardens requires no supplemental watering once established in the ground.

Many parts of the tree are edible, including leaves, flower buds and blossoms, seed pods, seeds, and fruits. In addition, the bark is made into a condiment. When the seeds of M. stenopetala are ground into a powder, they can be used to purify water by causing suspended particles to coagulate. The Cabbage Tree is also used for live fencing material or as a windbreak, and it is interplanted with other food crops both for its own food value and to provide shade. The edible parts of the plant are a source of protein, vitamins A and C, phosphorus, calcium and iron.

M. stenopetala is sometimes referred to as the Horseradish Tree, a name more often associated with its relative, M. oleifera. Many consumers regard the former as a better food source than the latter. More importantly for homeowners in southern Florida, M. stenopetala holds up much better in high winds than its brittle cousin. 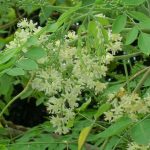 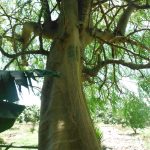 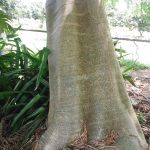 Native to Asia in a long swath from India to New Guinea, this versatile soft-stemmed vine is both ornamental and edible, and it is even touted as a libido builder. Basella alba is a fast-growing species that has attained popularity in both the Old World and New World Tropics as a leafy vegetable.
Malabar Spinach produces a heart-shaped, fleshy leaf. It has a mucilaginous texture and mild taste. Accordingly, one of its uses is as a thickener in stews, soups and other dishes. It is also popular when consumed raw or incorporated into curries. Leaves and stems are used with both meats and other vegetables. B. alba is rich in calcium, iron and vitamins A and C, and it also possesses anti-oxidant properties.

This species thrives in heat and is tolerant of a variety of soils, so long as they are well-drained. As a native of low tropical elevations, B. alba can be expected to grow more slowly during winter months, particularly when nighttime temperatures drop below 60°. On the other hand, under hot, rainy conditions, it is a superior grower to true spinach. Plant this species in sunny to lightly-shaded exposures. Many of those who grow Malabar Spinach for food find it useful to train the vine on a trellis.  As for its ornamental role, B. alba is a desirable ground cover. Because it is a climbing vine, for best results it should be grown in an area where there are no vertical features, such as fences or posts. 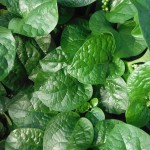 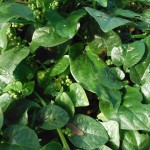 This beautiful plant is being placed in this article to warn against its consumption in any form. The seven species in this genus produce showy, pendant, trumpet-shaped flowers, but all plant parts contain toxic levels of tropane alkaloids—also found in the beladonna plant—which are capable of causing fatal reactions upon ingestion. At the very least, humans and pets who swallow the leaves, seeds or flowers of Brugmansias can experience blurred vision, dilated pupils, constipation, high blood pressure, and muscle weakness. As an example of the plant’s toxicity, the practice of making a cocktail from the leaves of Brugmansia can result in hallucinations. 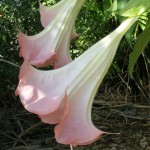 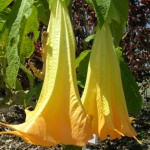 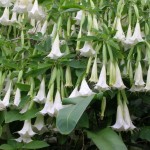 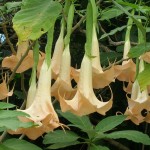 The plants featured in this column are available in various sizes at Richard Lyons’ Nursery.